Just sit down and relax 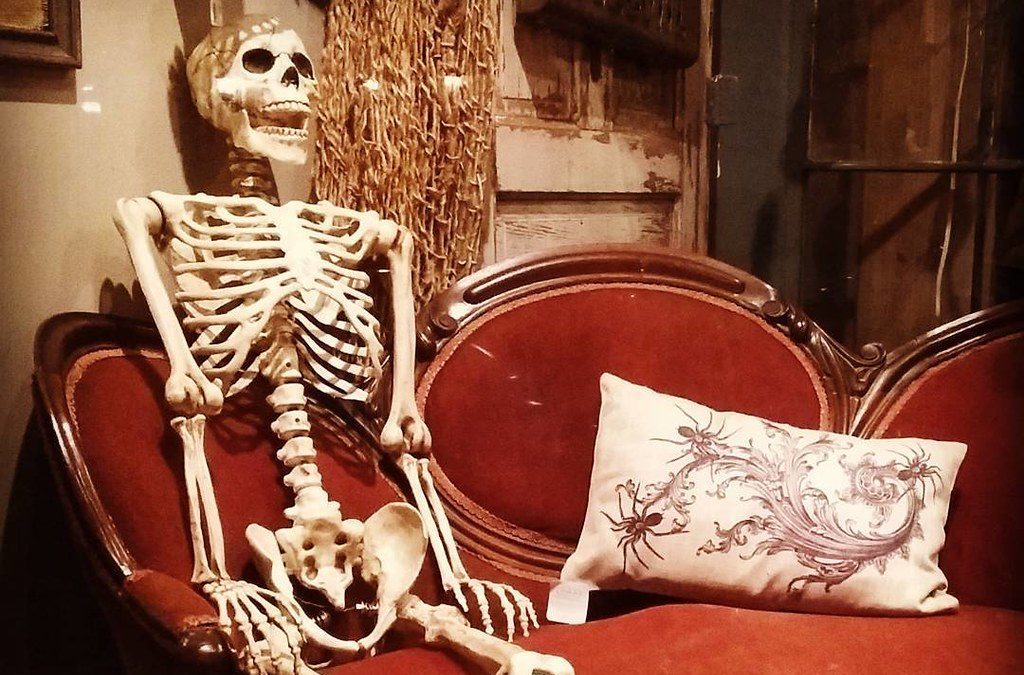 Everyone loves watching television series and films. As a learner of a second language, you may even prefer to consume media in its original language, thereby alleviating some of the negative stigma that comes with binge watching whichever new show has just been released on the streaming service of your choosing. Let me provide you with an additional tool to help justifying this kind of behaviour – especially when you could be devoting your time to something that is more productive and might actually be more beneficial to you too. But let’s not think about that, let’s try to defend the merits of indulging in watching the occasional film or television series.

Whenever a film was shown during class in school, there typically was a fight between those who wanted to watch it in its original language, and those who wanted to watch the dubbed version. Often, a compromise was found by watching the original version with German subtitles or the other way around. As it is often the case when trying to satisfy the wishes of two parties, this “solution” did not make anybody happy; the subtitles were perceived to be distracting. In fact, at the time this only encouraged further arguments between the two groups and ultimately led some people to look down on subtitles and those who choose to use them.

Whether this is the typical approach towards subtitles or just the one I grew up with, it can be agreed upon that the use of subtitles divides people. However, it is important to keep in mind that subtitles can assist people who are struggling to keep up with what is shown on screen. In fact, there are plenty of reasons that point towards the utility of using subtitles, or rather captions, which are not just translations of the text but point out other sounds as well and indicate who is speaking:

Rather than using German subtitles while watching an English film or vice versa, it is recommended to stick to same-language captions. The paper makes a strong argument for using captions, specifying that they benefit a variety of people: persons who are deaf or hard of hearing, children learning to read but also hearing adults and persons learning a second language. It is pointed out that even college students remember course content better when they watch lectures which are captioned.

Now, rather than feeling bad for watching a television series when you could be more productive, make sure to turn on the closed captions. If you belong to the group of people who find subtitles or captions bothersome, it may take some getting used to. However, the benefits outweigh the slight inconveniences, and there may not be a more convenient way to passively improve your vocabulary.

Considering you are spending your time watching TV shows or movies anyway, why not be proactive and turn this passive behaviour into a more conscious effort every now and again? You can use an Extension for Google Chrome called Language Learning with Netflix. This plugin allows you customise how you want to interact with the subtitles of the content you are watching (provided you are watching something on Netflix using Google Chrome). You can show multiple translations on screen, have an overview of the text on the side and you can even interact with individual words, if you require additional information.

A simpler plugin with fewer functions is Netflix Multi Subtitles. It allows you to access more subtitles than you normally could from your region.

You can of course just sit down and relax but why not give this a try and see if you can learn a few new words that would have otherwise just disappeared as background noise?

DISCLAIMER: We take no responsibility if you ruin movie nights with your friends and ultimately destroy your friendships by pausing every other minute in order to write down new vocabulary.

What do you think? Have you ever used subtitles yourself? What was your experience? Give it another try, and let us know how it went in the comment section below! We would also love to hear about your favorite English-language series!